Recently, at the launch of a new regional initiative, digital access and inclusion was described as an ‘orphan issue’. The speaker was looking back over the last decade of work in the area and highlighting their own frustration that the social sector, local government, and the private sector hadn’t mobilised collectively around this area well enough. That we hadn’t appreciated its relative importance for funding, hadn’t placed the issue centrally enough to tackle it properly.

At first, the description felt challenging and uncomfortable – something we’d been working on for many years wasn’t ‘the most important thing ever’ to everyone else? Was digital access and inclusion considered a second-tier problem, not as serious as others, a weaker body of evidence, lacking the heavyweight social commentary and attention we think it deserves?

It’s true that at a national level, it doesn’t sit in any of the three largest departments that invest in our national infrastructure. It has a place in education, in health and social care and in work – but it isn’t led by any of those big hitters. Even within DCMS it struggled to escape the gravitational pull of ‘digital infrastructure’ – continually lumped in with discussions about broadband infrastructure and 5G where huge private sector interests, investment and hard hats dwarf the conversation about people, families, and circumstances.

The problem, however, isn’t that this issue is an orphan all. It’s an infant issue, less than 15 years old. To put that into context, social housing was first introduced in the UK in the late 19th century – and as far back as 1919, introduced into legislation. 83 years older than our collective action on digital exclusion. We can go back another 40 years to the 1880’s when education in the UK first became compulsory. Further still to Thomas Barnardo’s first children’s home in 1867 and Ragged Schools 20 years before that. These issues have had many generations of learning, of infusion into society’s fabric of concern, of attempts to ensure comprehensive coverage. Of evolution. They’ve been through their Gartner hype cycle, been cleaned, ironed worn and washed through again.

But then suddenly there was a watershed moment – an almighty growth-spurt. An unexpected and unwelcome one as the pandemic hibernated us from harms way and with it, led to the biggest societal digital transformation most of us will likely ever experience. Suddenly we were all discussing digital access and inclusion. And the response was overwhelming.

But overwhelm can be both good and bad. Good – everyone wants to act – government, the media, frontline social sector actors. By winter 2020 the Department for Education had promised nearly 1 million laptops, the Daily Mail and BBC were running laptop donation schemes and the large telcos were offering various routes to data from vouchers to SIM cards. Companies responded as devices got wiped and rehomed. Finally – the attention the issue merited was gaining traction in the mainstream. People were starting to empathise and understand the implications because they were seeing it and feeling it for themselves for the first time.

But digital access and inclusion, this infant issue is still now only just entering its teens. Not all body parts growing at the same rate, feet first, arms next, unwelcome guests on the nose. Dressed in a uniform that does the job, if a little ill-fitted. It’s been uneven, sometimes messy, undirected – but altogether completely natural.

What do we know?

The Nominet Digital Youth Index gives narrative and context to this sudden surge – it lends data and evidence to what we did during the pandemic on digital access and inclusion. It shows the outcomes we have achieved, where we fell short and where we need to become more sophisticated in our actions in the future.

The index begins to show we may have taken a blunt instrument to a complex challenge. We threw an awful lot of expensive hardware and mobile data out across the UK without the contextual understanding of where the real needs were, a centralised distribution model without close cooperation in communities – with organisations who hold and nurture the relationships with people who are isolated, disadvantaged or vulnerable. It shows what we misunderstood and under-appreciated. What capacity did schools have to support digital learning? What impact do the digital skills of parents and carers have on a young person’s experience What are the practical implications of device sharing really like? How important are attitudinal barriers in all of this? What is the difference between data poverty and poor connectivity in each and every household?

This collective surge of activity didn’t fail – far from it – but its legacy might be more about what we learned and can apply in the future – than on the immediate outcomes it intended to achieve. Digital access and inclusion had to go through this stage of evolution.

Digital access and inclusion are contemporary issues of our age and now, whether we like it or not, an underlying issue that has become intrinsically linked to social mobility, loneliness, educational attainment, and welfare. Just like social housing and education – we need to carefully help it evolve and mature.

Time to do our homework

1 in 5 young people did not – and do not – have access to a laptop or desktop in the home. This is around 2.9m young people but is offset by access to mobile phones. It is data points like this however that led us down the path of device procurement – massive investment in a social prescription that won’t be the best medicine. Why?  Because as the Index shows, there are a myriad of other factors that need to be considered to achieve the outcomes we want for young people.

The index is highlighting some of these barriers so we can better understand their relative importance – and then act accordingly. We’ve spent time exploring these in our data snapshots – but there will be many more for you to unpick and examine.

As a contemporary social issue, digital access and inclusion is growing up fast – maturing much more quickly than its predecessors. It won’t remain static whilst we work out the fundamentals that will drive positive outcomes for disadvantaged young people. We need to quickly grapple with what really works, developing – for instance – more user centred frameworks such as the determinants of digital poverty and inequality and the collective intelligence this will afford us that can be harnessed to drive decisions and support.

But whilst we are comparing the issue to that of a teenager – we also need to choose who is the primary care giver in this narrative? Where does accountability for improving outcomes for young people really lie? Imagine if ‘education’ as a social issue floating somewhere between the private sector, national and local charities – but without a parental body setting direction, driving standards, monitoring effectiveness and adapting to change. Equally what will an education system look like that doesn’t fully embrace digital, or a health and social care system that isn’t digitally transforming with the pace of change in society? Maybe now is the time this issue was better understood and better resourced before it leaves home – and the people that need it most – behind? 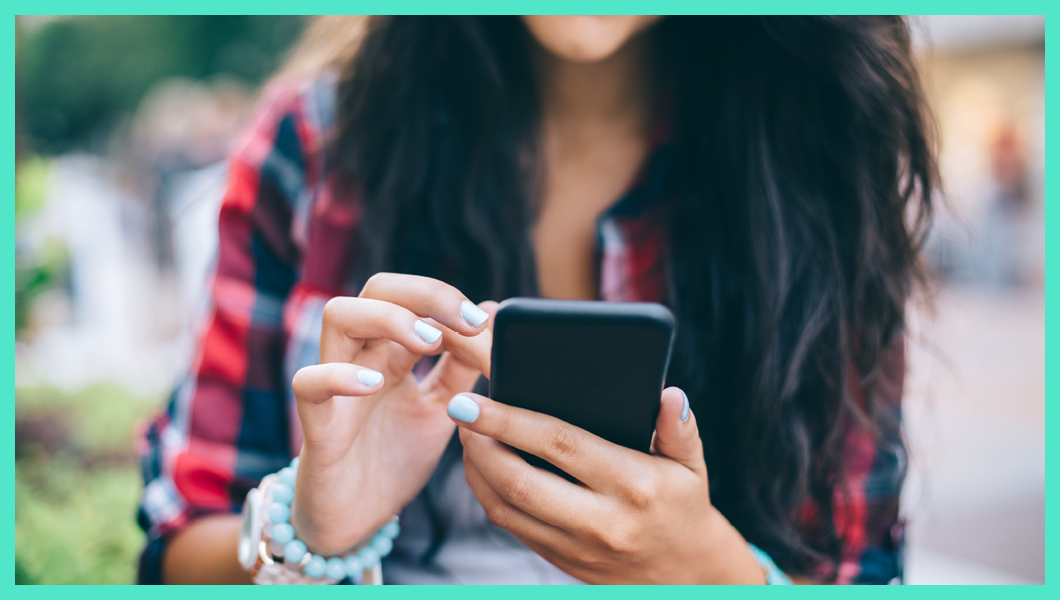 Data Poverty and the effects of being ‘data hungry’

An analysis of  ‘data poverty’ and what is deemed as essential. Dr. Emma Stone from Good Things Foundation explores how data poverty is shaped and the knock-on effects. 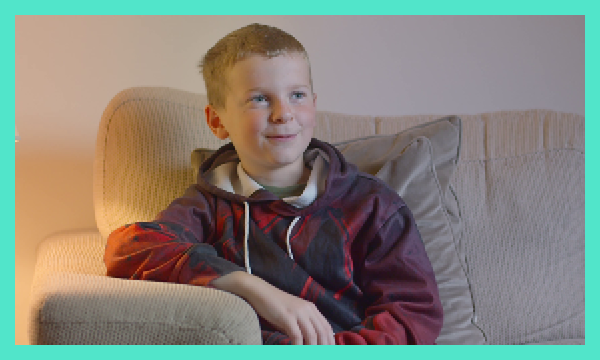 Listen to 11-year-old Jacob discuss his home learning experience, access to technology, and his opinions on gaming consoles and how they impact emotion. 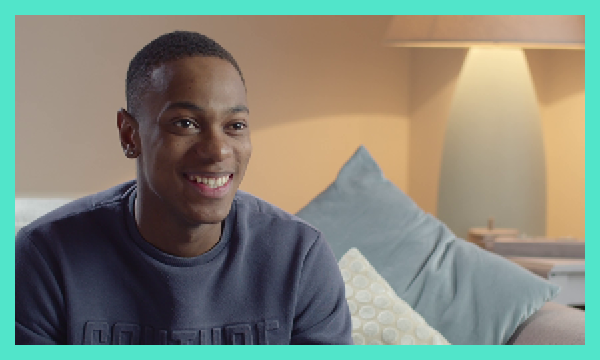 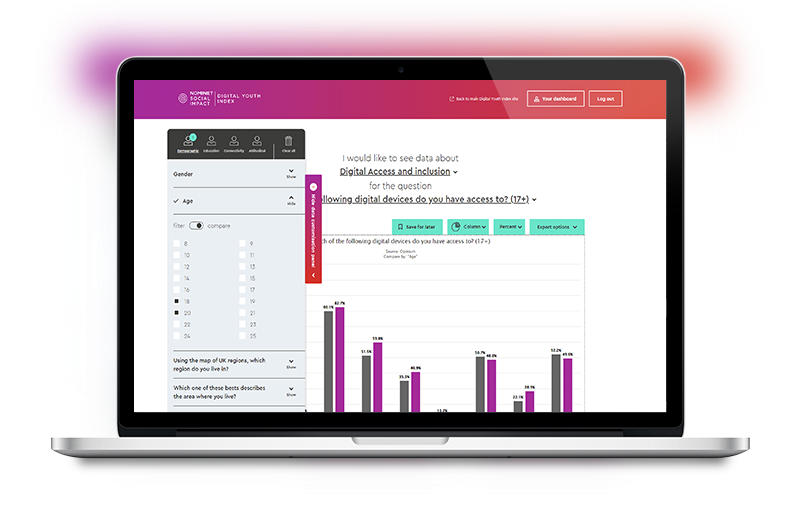